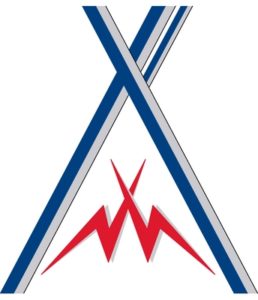 With 2014 almost in the books, Warm Springs Power and Water Enterprises continues to search for viable renewable energy projects.

One of the difficulties for tribes across the country is utilizing the incentives that are available, said Jim Manion, general manager of Power and Water Enterprises.

The current structure does not favor tribes when it comes to advancing projects on their lands, he said.

The federal and state tax credits are not useful to tribes: Tribes don’t pay taxes, therefore a credit adds no value to tribally built project.

So the Power and Water has been working with developers who can utilize them.

“Ideally, we propose to structure the lease for the developer to build, and over time transfer the project to the tribe,” Manion said.

Most utilities in the region have satisfied their renewable energy requirements, as required by state laws. So the Power and Water is looking at the next cycle of requirements that will bring back the incentive.

“In Oregon the governor has made it clear he wants to see 25 percent of generating supply come from renewable sources by 2025,” he said. “We think utilities will be looking for renewables to fill that need.”

Power and Water has been exploring the wind resource on the reservation, and found the highest potential is in the Northeast corner, up near Mutton Mountains.

“The resource appears to be real close to a viable commercial scale project, Manion said, adding that there is plenty to do to get from potential to an actual project.

“We have been working with a large developer who is very experienced wind developer,” he said. “They want to install a few more monitoring towers in 2015 and verify wind data.”

If positive, the findings would be presented to Tribal Council, with a proposal to advance to the next step. That step would a commitment to the developer that the tribes will advance, if all things clear the review.

There would be a community-wide review, environmental clearances, and cultural review. If findings are promising, the development could happen in 2016 or 2017.

Power and Water has also recently been awarded a $320,000 grant to continue the effort in exploring for geothermal potential on the reservation.

“We have spent most of our time looking up near Mt. Jefferson for a geothermal potential,” Manion said.

The potential looks promising, but the logistics to advancing this potential in that area of the reservation are challenging, he said.

It is a remote area, and obtaining access could be very expensive. The environmental requirements would be costly just to explore.

“For those reasons we have shifted our attention to the Warm Springs River basin area,” Manion said. “As the name ‘Warm Springs’ implies, there may be something in the area that deserves more review.”

Power and Water is working with a very experienced geothermal developer headquartered in Nevada.

“We have sampled the hot water spring at the Village, and the elements contained in that sample are very interesting. They seem to display characteristics of both low temperature and high temperature resource potentials.”

The $320,000 grant will help to further the review. The area of focus is up around the fish hatchery on the Warm Springs River.

The other potential renewable that Power and Water has been reviewing is solar.

“Everyone has seen the small 200-kilowatt plant down around the Credit office,” Manion said. “That was installed by an outside developer who approached the tribes last year. He installed the system using a federal tax incentive, again not available to the tribes.”

With that incentive the developer will get the plant to pay him back over the next 14 years, a fairly good payback timeline. After that the plant will be turned over to the tribes.

In the meantime the tribes receive a portion of the revenue generated, in the form of an annual lease payment.

The solar potential is fairly good, Manion said, but the cost to install and the current rate the utility is willing to pay are not synced. This means it would cost more to build than the tribes would receive for the sale of the energy.

“We hope that Congress will renew the incentives to advance renewables, and we hope that Congress recognizes that these incentives should be structured to allow tribes to advance their own resource without having to rely on outside developers to build. We continue to watch this market and plan on being ready to present opportunities to the Tribal Council when the timing is right.”