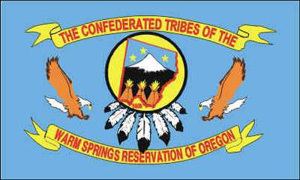 Next year will be an important one for Warm Springs Ventures, the economic development enterprise of the Confederated Tribes.

Ventures will be implementing the next stage of the unmanned aerial vehicle program on the reservation.

Getting the UAV program off the ground is just one of a number of projects, said Don Sampson, interim chief executive officer of Ventures.

Other items on the Ventures 2015 agenda are the carbon sequestration project, and development of a Tribal Employment Rights Office (TERO) and agreement.

Another project that the tribes will be looking at in 2015 is adoption of a uniform commercial code (UCC). Companies wishing to do business on the reservation, such as the UAV companies, would find it much easier to do business here if a tribal UCC were in place.

Tribes that work successfully with outside entities have these codes, Sampson said, “because the businesses that come in want to know there is a fair playing field for them to work on.”

Ventures will be working on a draft tribal UCC to present to Tribal Council.

Sampson is serving as interim chief executive officer of Warm Springs Ventures, until the time when a new permanent CEO comes on board. Sampson is a member of the Confederated Tribes of Umatilla, of the Walla Walla tribe.

“Most of that work was in economic development,” he said. He helped with the development and later expansion of the Wild Horse Casino, and development of the Coyote Business Park, travel plaza, museum, Cayuse Technologies, among other projects.

“We saw unemployment go from about 40 percent to less than 15 percent in about 20 years,” he said. The number of Umatilla businesses went from two or three to 15.

After retiring from the directorship of the Umatilla tribes, Sampson took a position with the Institute for Tribal Government at Portland State University, which he still holds.

One of the more promising employment projects that Ventures is pursuing is establishment of a Tribal Employment Rights Ordinance and agreement.The agreement would be with the Oregon Department of Transportation, and companies that contract work with ODOT.

The TERO agreement would apply to road and other public works projects not only on the reservation, but within a 60-mile radius of the reservation boundary. This would include Bend and The Dalles.

“TERO allows tribal businesses and individuals a preference in hiring,” Sampson said. “That is a huge opportunity that we are missing.”

The plan is to present the Warm Springs TERO proposal to Tribal Council, and then have one in place possibly by next summer.

Ventures is working with tribal Natural Resources on a carbon sequestration strategy. The new year will see important developments in this project as well, Sampson said.

Carbon sequestration would involve managing the tribal forest in a way to market carbon credits to companies in California.