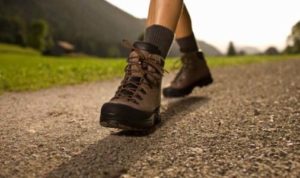 Some of the hardest work I’ve done in my career has been organizing for issue based campaigns and partisan/non-partisan get-out-the-vote efforts (GOTV). While we always incorporated an element of on-line work, the bulk of it was done through face-to-face interactions and boots on the ground.

During the 2004 elections, I worked with the largest non-partisan GOTV effort in the country managing statewide initiatives in the Midwest and Southwest and eventually worked alongside a great group of individuals with the inaugural Native Vote effort. I’ve also ran partisan Native Vote efforts in both Wisconsin and Minnesota and worked on a number of issue based campaigns.

When you work on campaigns you have to give 150% and then some. Campaign directors are responsible for developing plans and budgets, raising money, training organizers, developing messaging, raising more money, knocking on doors, and talking with voters. There is hardly time to sleep. And after Election Day, there is a required 2-week vacation to try and piece your life back together. If you lose, you need an additional 2 weeks.

I got involved with campaigns because I wanted change. I knew that I could not change things alone so I connected with people who shared the same passion. Together we refined issues, researched, brainstormed strategies and tactics we could implement, and did the work. It was always hard work.

It was through these experiences that I began to understand power and politics in a very real way. That change required working within some processes (like advocating within governments at various levels), outside processes (like political actions) and the critical role communication plays. It meant understanding what the rules of engagement were – specifically governmental structures, policies and procedures, and law.

Being effective in this role also required that I understood issues from multiple perspectives and that I could make a strong case for an issue in a short amount of time. That meant doing my research and operating on fact. Providing partial or misleading information has never been an effective way to gain supporters and erodes any sort of credibility a person may have.

Many lessons I learned in organizing also apply to being in a leadership position. Listen to your constituents, communicate, do your research, operate on fact, empower the community, work hard, actively engage in dialogue, and don’t take it personal.

Despite some of the challenges our community has faced these past few years, I remain optimistic about our potential. I know that positive change can happen – let’s put our boots on the ground to move forward together.

Spilyay Speaks is a bi-weekly column written by Alyssa Macy, a Warm Springs tribal member and communications strategist. She can be reached at alyssa.macy@wstribes.org or on Facebook, Instagram andTwitter.