KWSO is celebrating our 30th anniversary of being on the air in service to the Warm Springs Community.  It’s with a fond look back at our history that we have decided to put on a concert event to celebrate!  On Sunday September 11th at 4pm Indian Head Casino is the place to be for some local entertainment and our headliner “The Flying Eagle All-Stars” who are a Jim Pepper Tribute Band.

Jim Pepper was of Kaw and Creek heritage.  He grew up in the Portland area where he learned to play saxophone.  His signature song “Witchitai-To” was an example of his Native Jazz Fusion.  Jim Pepper died on February 10, 1992, of  lymphoma.  In 2000 he was inducted into the Native American Music Awards Hall of Fame.  Each September the Jim PepperFest is held at Parkrose High School his alma mater http://www.jimpepperfest.net/.

Also appearing at the September 11th concert is Flute Player James Greeley whose new CD “BEFORE AMERICA” will be for sale at the event.  https://www.youtube.com/watch?v=VpnAKCynhkE

The Blue Flamez will also perform.  They are nominated for 2 Native American Music Awards this month for Best Hip Hop Song and Best Video for “Rez Life” https://www.youtube.com/watch?v=skIWuRkfx3A.

Tickets for the concert are $5 and can be purchased online at www.brownpapertickets.com.  Just search events for KWSO.  Tickets are also available at the Warm Springs Media Center.  This is a 21 and over event.

Gates will open at 3pm on Sunday September 11th in the Indian Head Casino Parking Lot.  The Boys & Girls Club of Warm Springs will have a silent auction fundraiser with items that include; a night’s stay for two at Kah-Nee-Ta Resort; Lift Tickets for the upcoming ski season at Mt Hood Meadows; and more.  The Food Concession will benefit the Honoring Veterans Powwow (November 12-13, 2016) and the menu will include BBQ Pulled Pork Sandwiches, Hamburgers and Hot Dogs.

KWSO radio took to the airwaves in September 2016, following commercial sister station, KWSI 96.5FM which went on the air in the winter of that year.   The Confederated Tribes of Warm Springs Public Radio Station, KWSO has grown from begin on the air 6 hours a day to programming that is now on 24/7.  The radio station broadcasts local news and information, cultural programming and music and reaches more than 23,000 people in all of Jefferson County and into Wasco, Crook and Deschutes Counties with a primary focus on the residents of the Warm Springs Indian Reservation.

KWSO operates with funds allocated by The Confederated Tribes of Warm Springs and participates in the Community Service Grant program from the Corporation for Public Broadcasting. We also rely on support from our KWSO membership program and business underwriting programs.  To learn more about supporting KWSO’s work go to https://kwso.org/support/. 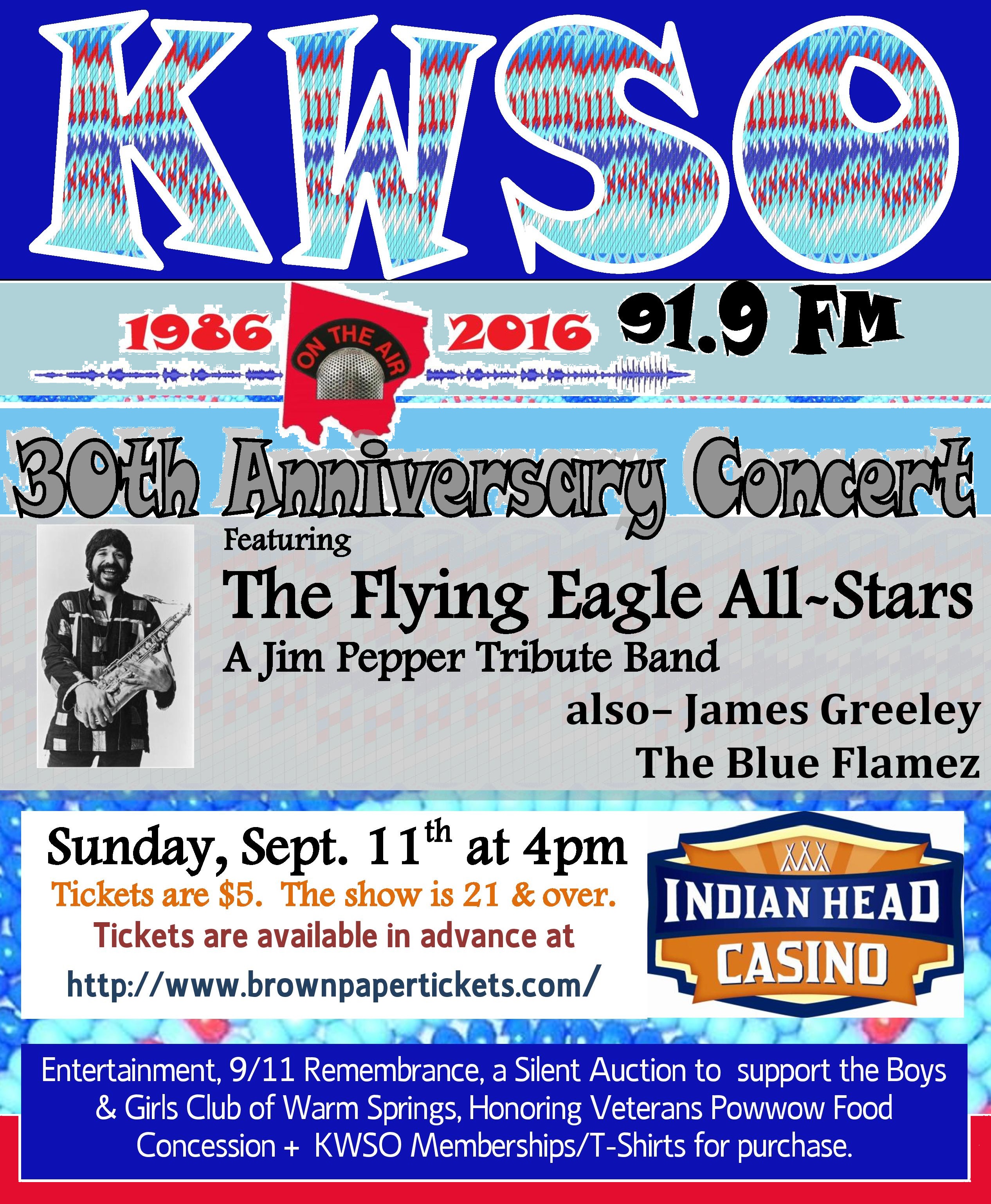