A federal judge has denied the Standing Rock Sioux Tribe’s request to temporarily stop construction on the four-state Dakota Access oil pipeline near their reservation in North Dakota.  Tribal officials challenged the Army Corps of Engineers’ decision to grant permits for Dallas-based Energy Transfer Partners’ $3.8 billion pipeline that is intended to carry oil from North Dakota to Illinois.

Friday’s ruling by U.S. District Judge James Boasberg comes amid growing protests over the pipeline, which would cross the Missouri River less than a mile upstream of the reservation.  The tribe argues the pipeline could impact drinking water and that construction has already disturbed ancient sacred sites.

A lawyer for the tribe says the ruling will be appealed.

“We appreciate the District Court’s opinion on the U.S. Army Corps of Engineers’ compliance with the National Historic Preservation Act.  However, important issues raised by the Standing Rock Sioux Tribe and other tribal nations and their members regarding the Dakota Access pipeline specifically, and pipeline-related decision-making generally, remain.  Therefore, the Department of the Army, the Department of Justice, and the Department of the Interior will take the following steps.

“The Army will not authorize constructing the Dakota Access pipeline on Corps land bordering or under Lake Oahe until it can determine whether it will need to reconsider any of its previous decisions regarding the Lake Oahe site under the National Environmental Policy Act (NEPA) or other federal laws.  Therefore, construction of the pipeline on Army Corps land bordering or under Lake Oahe will not go forward at this time.  The Army will move expeditiously to make this determination, as everyone involved — including the pipeline company and its workers — deserves a clear and timely resolution.  In the interim, we request that the pipeline company voluntarily pause all construction activity within 20 miles east or west of Lake Oahe.

“Furthermore, this case has highlighted the need for a serious discussion on whether there should be nationwide reform with respect to considering tribes’ views on these types of infrastructure projects.  Therefore, this fall, we will invite tribes to formal, government-to-government consultations on two questions:  (1) within the existing statutory framework, what should the federal government do to better ensure meaningful tribal input into infrastructure-related reviews and decisions and the protection of tribal lands, resources, and treaty rights; and (2) should new legislation be proposed to Congress to alter that statutory framework and promote those goals.

“Finally, we fully support the rights of all Americans to assemble and speak freely.  We urge everyone involved in protest or pipeline activities to adhere to the principles of nonviolence.  Of course, anyone who commits violent or destructive acts may face criminal sanctions from federal, tribal, state, or local authorities.  The Departments of Justice and the Interior will continue to deploy resources to North Dakota to help state, local, and tribal authorities, and the communities they serve, better communicate, defuse tensions, support peaceful protest, and maintain public safety.

“In recent days, we have seen thousands of demonstrators come together peacefully, with support from scores of sovereign tribal governments, to exercise their First Amendment rights and to voice heartfelt concerns about the environment and historic, sacred sites.  It is now incumbent on all of us to develop a path forward that serves the broadest public interest.” 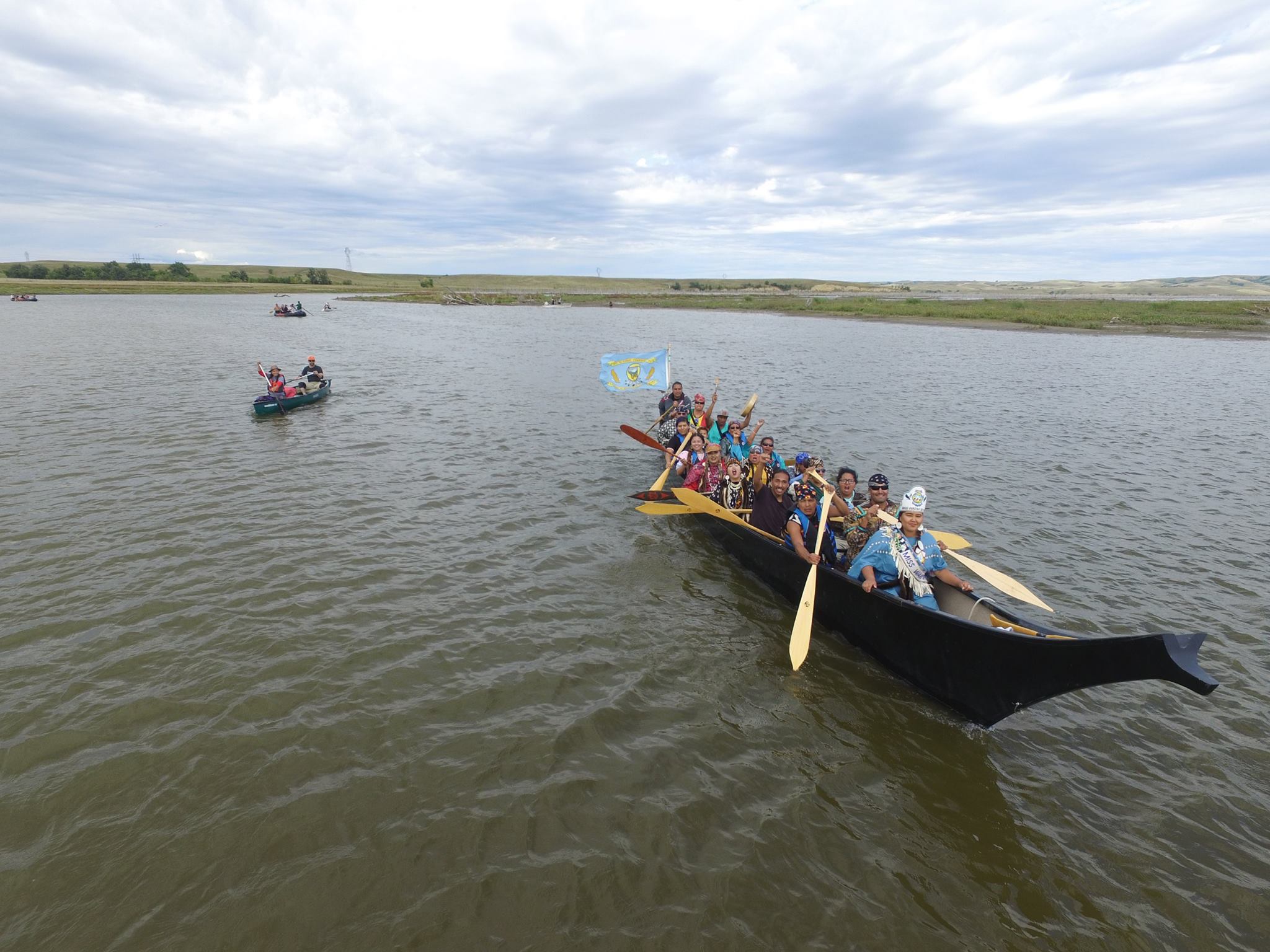