Jones has umpired 7 years for Warm Springs Nation Little League, ever since the league was formed.  The last 4 years he has been the league’s umpire in chief.  Prior to that he would help out informally to officiate and also spent time coaching his own children.

Having grown up in The Dallas, Jones lived near the baseball field and played Little League ball through the Babe Ruth level and then turned his energy toward rodeo.

What he likes about umpiring is being able to do something for the kids.  Jones takes his role as umpire seriously, keeping up on rules changes every year and making sure he has the right safety gear and uniform.  He got a lot out of the time he spent at the umpire school learning new techniques.  The school included classroom and on the field training that included rule knowledge, mechanics, umpiring philosophy and game management. 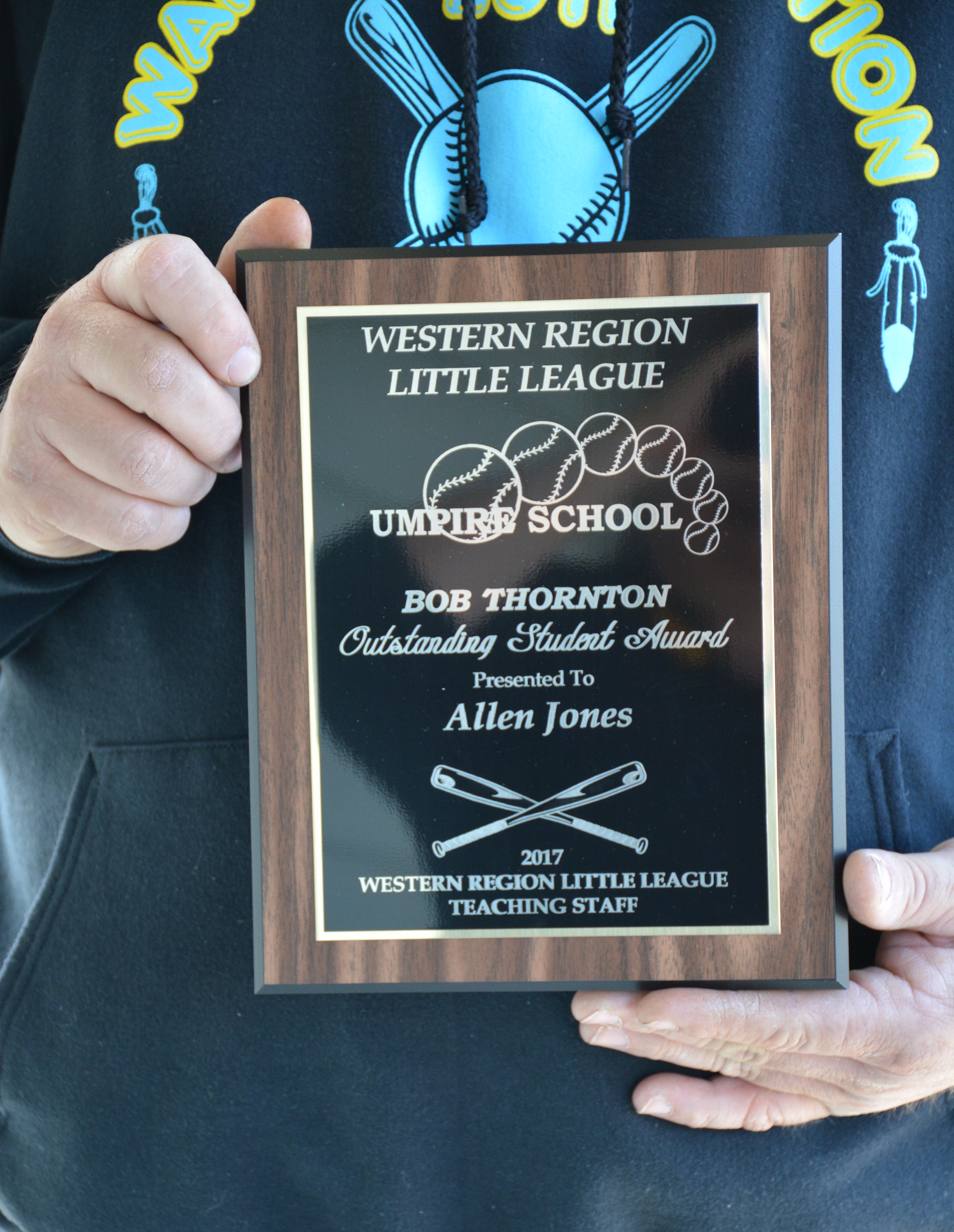 “I want to give special thanks to the Oregon State Little League and District 5 little league – Elizabeth Hisatake, and Georgia Herr from District 2 for helping me go to the umpire school.” said Jones.  “Right now we could use a few more umpires and so if you like youth sports, being outside and can commit to a scheduled, come see me and I can explain what’s involved and work one on one with you.”