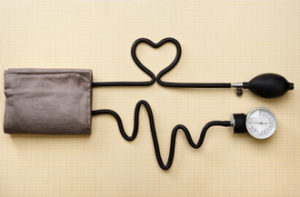 This happened as many tribal members have signed up for health care coverage.
Having this coverage gives the individual more choices in health care providers, and also provides budget savings to Managed Care and IHS, as there are added billing options.

The saving at Managed Care over the past year has been significant, said Mike Marcotte, program director.

It was about this time in 2013 that the tribes and IHS began a campaign to encourage tribal members to apply for additional health care coverage, mainly Expanded Medicaid. This was part of the effort to implement the Affordable Care Act.

Deborah Jackson, business office manager at the Warm Springs clinic, estimates that over the past year more than 3,500 residents have either signed up for health care coverage, or been re-determined for coverage.

Re-determined means the person’s information—income, household, etc.—has been updated. The trained assistors helped many of these people through the process.

In the past, if a tribal member were referred to a service at a facility in Bend, for instance, then often the Managed Care program would cover these costs.

Now there are other options, such as Expanded Medicaid.

And this has resulted in savings, Marcotte said.

“The tribe is seeing lower costs compared to a year ago at this time,” he said.

Last fall, when the sign-up campaign first began, there was some confusion. This was in part because the Cover Oregon website never worked.
The process has since become much easier to maneuver. And the assistors are available to help. At the clinic they are Jacoba Best, Joie Simtustus-Chavez, Phyllis Shawaway and Deb Jackson. At the Warm Springs Library the trained assistor is Craig Graham.