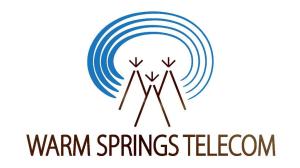 The Confederated Tribes launched the Warm Springs Telecom early in 2012. Beginning its fourth year, the Telecom has seen steady growth and improvement.

A major accomplishment during 2014: The Warm Springs Telecom became a self-sustaining enterprise. “That was a big step for us,” said Jose Matanane, Telecom general manager.

The Warm Springs Telecom now reaches 87 percent of the potential customers on the reservation. “We have over 900 residential customers,” Matanane said, “and additional 600 department phones.”

Edging out from the reservation, and expanding the customer base, is the natural progression for a telecommunications enterprise, Matanane said.

In 2014 the Telecom provided the fiber to the Warm Springs Eagle Academy, which has state-of-the-art Internet. “For a school in a rural area, that is rare,” Matanane said.

The technology at the academy is at least equal to the service at schools in metropolitan areas. The Telecom also brought fiber to the Roots education program.

A project in 2015 will be to provide fiber service to the new subdivision at Greeley Heights. Those new homes will be the first residences to have the Telecom fiber service.

The final customer to join the Telecom in 2014 was the Museum at Warm Springs, which saw cost savings through this change.

The Telecom in 2014 added three new employees, all tribal members. The total number working there now is 13. The enterprise began with seven employees.

Last July, when wild fires broke out on the reservation, the Telecom provided service to two separate fire camps one enlisted 800 firefighters. “We responded to the needs of the community, public safety and fire management,” Matanane said.

In 2014 the Telecom completed the proposed purposes of the American Reinvestment and Recovery Act (ARRA), which provided $5.4 in start-up money, as a grant and a loan, for the enterprise.

The Telecom has diverse paths and full redundancy built in its network, meaning there are back-up connections in case one system goes down.

An exciting project at the Telecom for 2015 will be the launching of a home-security and monitoring piece.

Gabe Walker, Telecom sales and marketing coordinator, is working on this project.

The security system has many applications, beyond just burglary prevention, Walker said.

The home detection device is linked to the homeowner’s smart phone. If a door, window or gate opens at the house, the system contacts the cell phone and authorities.

The device can be connected to the air conditioning, so you could set the thermostat from the phone.

If the front door opens, the system can take a picture of the person entering, and send the picture to the phone.

This item will be marketed on the reservation and the rest of Jefferson County, Walker said.

“We look forward to another successful year in which we address the communication needs through-out the reservation to further enhance public safety, preserve and promote cultural heritage and to encourage economic development both in new revenue and in job creation,” Matanane said.

“I would like to thank everyone for their continued support.”