It was a great send off for the Madras Girls Basketball Team Thursday morning as they spent time with staff, students and community members at the Warm Springs K-8 Academy.  They were greeted with signs and balloons and lots of good will.  A police escort led them from the school, through Warm Springs to Highway 26 for their trip over Mt Hood. 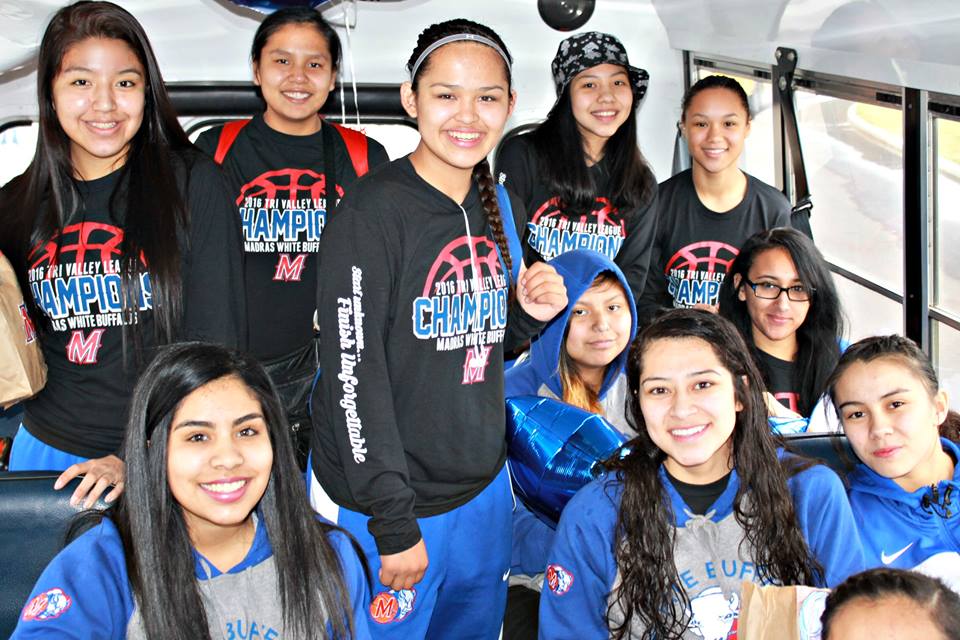 The Quarterfinal game at the OSAA 4A State Championship today had Madras down by only one point at half time to number one ranked Cascade who dominated the third quarter of play.  Despite a good effort in the fourth quarter the girls lost 43-34.  Top scorers for Madras were Lynden Harry with 14, Kiersten Anderson who scored 11 and Kaliyah Iverson added 7.  The game was played at Forest Grove High School.

The Lady White Buffalo will move into the consolation bracket and play Brookings Harbor Friday morning at 9am.  KWSO will broadcast that game live from Liberty High School in Hillsboro.  You can listen on 91.9 FM, online at www.kwso.org or on your smart phone with the Public Radio Player or Tune In Radio App.  GO BUFFS!