Pi-Ume-Sha Treaty Days is this weekend in Warm Springs.  The event commemorates the signing of the Treaty of 1855 between the United States Government and the Indians of Middle Oregon.  That Treaty established the Warm Springs Indian Reservation.  To learn more about the history of treaty times you can check out KWSO’s Our People and Mother Earth  with the “Old Timer.” ( https://soundcloud.com/kwso-radio/sets/our-people-mother-earth-062016-old-timer-treaty-history)   For some legal perspective on the Treaty of 1855, listen to Warm Springs Program with Tribal Attorney Howie Arnett. (https://soundcloud.com/kwso-radio/sets/warm-springs-program-062016-treaty-of-1855-with-howie-arnett)

Pi-Ume-Sha Treaty Days also includes a fun run Saturday Morning at 8am, the Endurance Horse Race, Parade at 11am, Rodeo at 1pm both Saturday and Sunday.  The Fry Bread Golf tournament will also be held at Kah-Nee-Ta Resort.  If you will be in Warm Springs remember to also stop at the Museum at Warm Springs for their new exhibit “Kindred Spirits…The Artistic Journey of Lillian Pitt.” 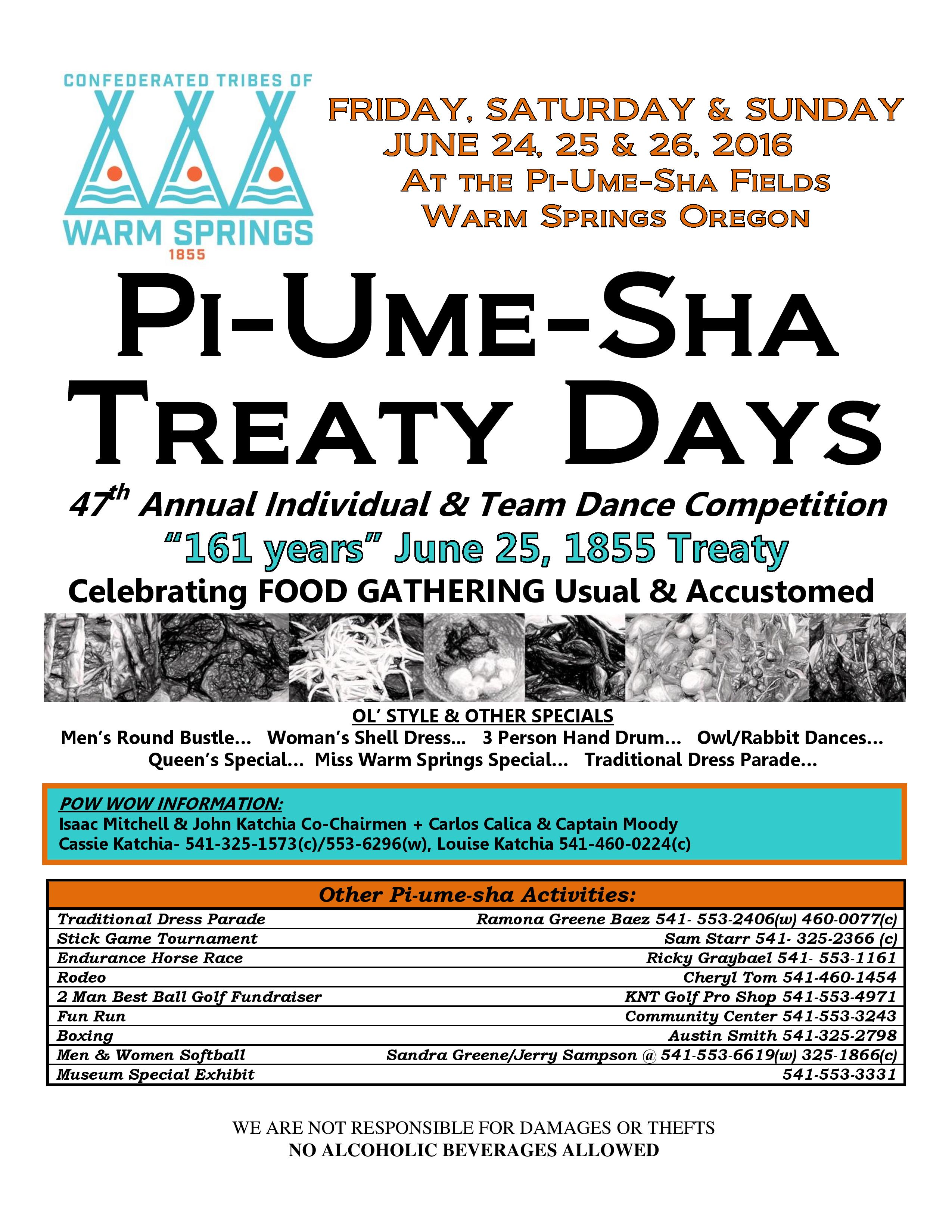