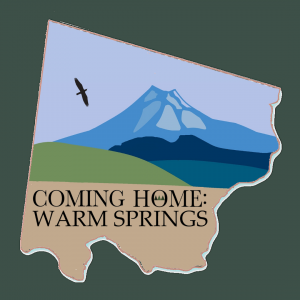 I think a good place to start – and really the central focus of how we start talking about the elements of documentary production – is by watching some example videos and deconstructing how they are made. In this process, we’ll talk about finding stories, the pre-production work you need to do to ensure you’re prepared, the day of the shoot, the editing process, as well as what to do when your project is complete.

I’m going to use work that I’ve produced or helped produce over the years – but I encourage you to go to youtube, see if you can find videos – be they documentary or not – and copy down the url web address. Later on in this process we can talk about different styles, different formats, and I can help give some more detail on how those are made. Your style, interests, passions aren’t the same as mine. But, together we can learn how to make it happen.

Now, let’s take a few minutes and watch the example:

After leaving my job at Alaska Public Media, my Video Dads partner and I were hired by PBS Digital Studios to travel around the US training local station staff in the documentary filmmaking techniques we developed in Alaska. These “techniques” were really just the trial and error of trying to learn how to make our own videos, using the limited experience and equipment we had.

Before we travelled to a new state to hold a training, we spent a little time researching the local area, with hopes of finding a few documentary ideas we could shoot and edit while we were in town that week. We’d show up a day before, shoot a short video, then talk the folks through how we did it. Part of the plan was to have fresh content to share, that was local to the place and perhaps of greater interest to the local community. Secondly, we wanted to demonstrate that with some practice, it doesn’t have to take months to make a short video.

The reason I have chosen to showcase this video is because it was simple to produce, only took an afternoon to shoot, and overall is a good example of “making something out of nothing” … a final product that is greater than the sum of its parts. When we initially “cold called” the son to ask if they were interested in being involved, he was quite surprised. It didn’t seem to him that this was the kind of story that a professional film crew would set out to make. Oftentimes, that sense of humility is a clue that you’re onto something.

How Do I Find a Story?

In a place like Warm Springs, the best storytellers and the “right” people to produce those stories come from the community. It can take a newcomer to anywhere years before they are able to build the relationships, hear the stories, and build the trust to really effectively capture the perspective of a place. Large scale productions with big budgets will often hire a “fixer” or local contact who can open some of these doors for the filmmakers.

In the case of the video we are talking about here, we found the initial story idea by scanning old newspaper headlines on newspapers.com, or a similar web resource. We came across a photo from a summer holiday parade, some time in the 1990’s, of a whole family riding unicycles. The cutline under the photo gave the people’s names, and said that one of the men pictured made unicycles himself for all the kids in the family. If we were from Lincoln, Nebraska we may have already known this story. But, by google searching the names, we were able to determine that nobody had already done a video on this particular family.

Now, chances are you could think of a hundred stories like this in your community. It may seem hard a first, but once you start thinking about it – they are there. The questions you have to ask yourself to determine if an idea can move to the next step of being a viable documentary video are really pretty simple: 1. How can/should tell this story? 2. What are the actions/images we can show to demonstrate the story they tell? When you’re doing this, you’re actually creating the simplest form of a storyboard. We’ll talk quite a bit about storyboarding later.

Sometimes, when a story initially presents as a good idea, you may have a difficult time answering both questions. This happens a lot when somebody wants to produce a historical documentary, or something based on an elder person’s recollection of the past. Good story, but what are the visuals? It makes sense that we fall in this trap, because much of what we have come to associate with the form of documentary has been historical. Like, Ken Burns for example. Or, what they used to play on History Channel before reality TV became the only thing anyone cared about. Often, these types of bigger stories can be used as a starting point – simply by reframing the scope of your project.

Many rural communities have seen the loss of industry, and associated jobs, such as lumber mills in Oregon. A story idea might be to tell the story of the mill, it’s importance to the community, and the subsequent losses felt when it went away. Once you begin to answer the questions “Who should tell this story?” and “What actions/images can I show to demonstrate this story?”… it can get overwhelming.

This is a good and worthy story, but how can we reframe it in order to make it more do-able?

Perhaps we find an individual who worked at the mill before it closed. What are they doing now? What are their children doing now? Can we highlight the aspects of their life today in a way that tells the story? Maybe this person works a different job, or has a hobby that fills the void left when their career went away. Maybe we can use what they do today as an entry point to talking about the bigger story we were originally interested in.

In the case of the documentary we watched, The Unicycle Maker, the main character worked on the railroad for his entire career before he retired. If the railroad was of particular interest to me, I could include material on his experience working there. It could be largely the same documentary, but include enough about that experience to make it something else entirely. You just have to reframe it.

When you’re just starting out, it can be daunting to “cold call” an individual to ask them to “be in your documentary.” Even after years of doing this work, I rarely approach an individual that way. In an initial “pre interview” call, I’ll more than likely tell a person that I am simply researching a topic, and have heard they may know about it. The decision to move forward will come after that informal conversation. And, sometimes, the conversation moves me in a completely different direction. Maybe I even find a completely different story or storyteller after that initial call.

If we’re setting out to make a documentary that is between 3 and 10 minutes, the question of how many speakers we can accommodate is pretty easy to answer. A single speaker can typically fill up to 2-3 minutes by themself, if accompanied by enough variety of visual scenes. Any more than 3 minutes, and it can feel like a stretch, and require different interviews over more time. But, a story focusing on one individual can often be made significantly stronger by including interviews with others speaking about them, or a parallel to their topic.

In the case of the Unicycle Maker story, we chose to include the son as a second speaker – knowing that there would be many things that the main character would likely not be able to say about himself. This can vary based on things like culture or subject, but talking to more than one person is always worth the time and effort. As a general rule if you can get additional interviews, you’ll have a stronger piece in the end. We will talk more in depth about how to prepare for an interview, when and where to do it, what questions to ask and how to ask them, and all that detail later on.

Spend some time thinking about some stories you would like to tell – or at least be made into a documentary video by somebody. It’s not so important that these be “perfect” stories, or even ones you think you could do yourself. When I was first starting out, I learned that if I have a really great story idea – I may not be ready to tell it.

Once you have a list of two or three ideas – ask yourself the two questions: 1. Who could/should tell this story? 2. What are the actions/images we can show to demonstrate the story they tell?

The next topic we’ll talk about is how to more completely storyboard and prepare for the pre-production of a story idea.

If you have questions, just send me an email.