The Lions Head fire that is burning about 15 miles west of the Warm Springs Community was active today.  It  burned from the spot fire that had crossed the river the other day, and worked its way up the slope short of the P-200 road south.  Fire line had been put in place there in anticipation of this possibility.  Tonight there will be burn out operations to burn east down that line.  Resources from the P-515 fire will assist with those operations.

Here are a couple pictures from the Lionshead Fire 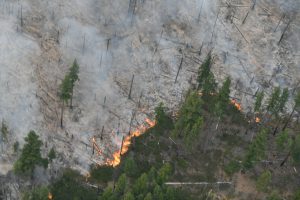 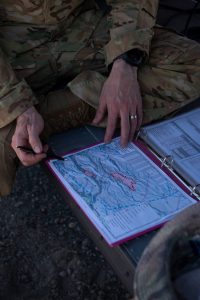 Mop up operations continue on the P-515 fire as fire lines continue to be fortified.

Here are some photos from the P-515 fire 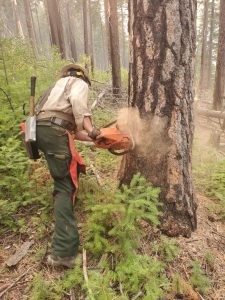 Northwest Incident Management Team 7 is managing operations on the Lions Head and P-515 fires on the Warm Springs Reservation.

To the north of Warm Springs Northwest Incident Management Team 9 is working the White River Fire that is burning north of Bear Springs and Highway 213.  Firefighters today continued with firing operations along the east and west ends of the fire toward the White River.  Along the north side, they  continue to remove unburned fuels between Forest Road 48 and the main fire.  In the areas of rugged terrain to the south, fire crews were on lookout for any spot fires.

There is a significant amount of smoke being put up by the Water River Fire that is visible on the north end of the reservation.  More details can be found at: https://inciweb.nwcg.gov/incident/article/7013/54000/

Here are some pictures of smoke from the White River Fire 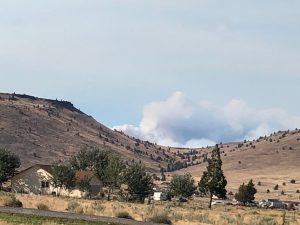 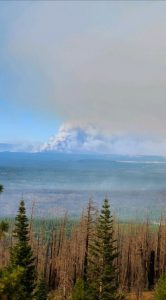